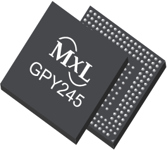 Show more
The GPY245 is a 4-port 2.5GbE PHY that is suited for routers, switches, and home gateways. It provides interoperability and is optimized to work with 2.5GbE PHY for PCs.
The device temperature is monitored by an internal thermal sensor that provides thermal information for system warnings or initiates speed reduction to prevent system overheating. It supports a timing synchronization according to the IEEE 1588v2 standard required for Industrial, transportation, and mobile networking.
The GPY245 supports the 10G USXGMII-4×2.5G mode to connect the SoC or the switch MAC interface with less pin counts.
It provides four SGMII+ to the SoC or the switch MAC which supports SGMII+ only.
The GPY245 has a typical power consumption of around 1W per port in 2.5GBASE-T mode. The device supports energy-efficient Ethernet to reduce power consumption depending on traffic. Additionally, the power can be saved at the system level by using the Wake-on-LAN (WoL) functionality and the no link states.
The GPY245 is packaged in a small 12 x 12mm FC-BGA-236, ideal for 4-layer PCBs. The low EMI line driver with integrated termination simplifies the PCB design. Four SGMII+ and one USXGMII interfaces support 10/100/1000/2500Mbps speeds. The device requires only 3 power sources (3.3V/1.8V/core).
MaxLinear Expands Portfolio of Industrial Ethernet Products with a Quad-Port 2.5GBase-T PHY and 1GBase-T Switches 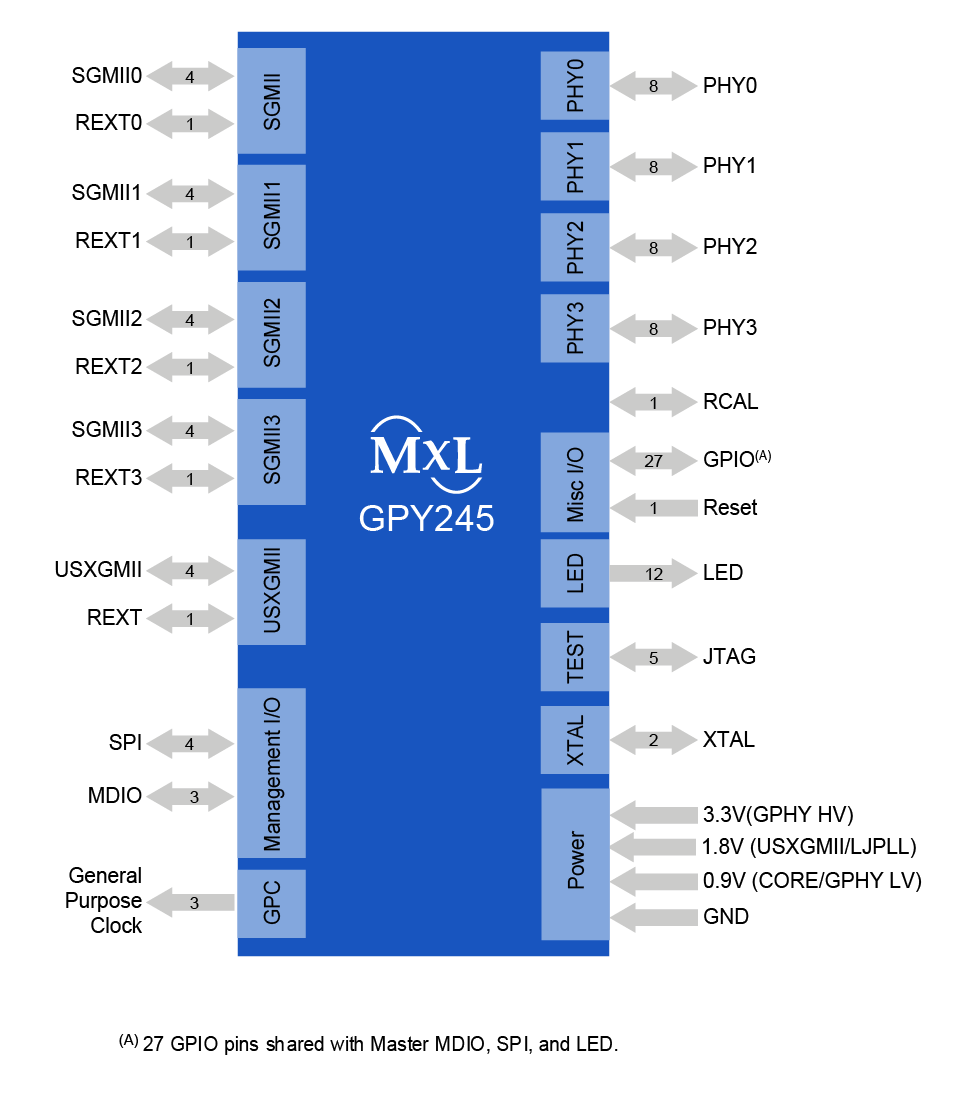 All Types Product Briefs & Brochures
Register for a myMxL account or Login to myMxL to view all Technical Documentation & Design Tools.